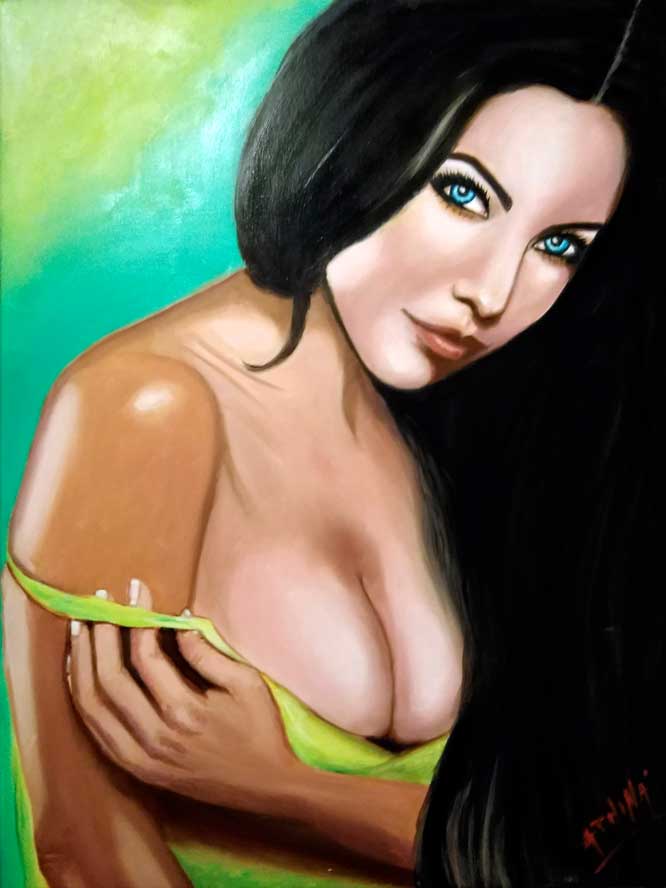 ​Athina Kotsoni-Sinetou (Athens – Greece). The painter Athina Kotsoni-Sinetou after years of research accomplished to decode the human thought through its painting, sketches and caricature. ​ Her research has send at the Universities in Paris and Harvard. ​She has been presented in television channels, such as ANT1, ALPHA, ALTER, etc. She has published on the internet but also in newspapers about painters whose paintings has decode. Recently, she decoded Picasso’s “Guernica” painting and send it to Picasso Museum, as well as in Spanish newspapers.​
Also, she has decode Michelangelo’s “Holy Family”, paintings of Adolf Hitler, but also paintings of Greek painter Mitaras, studies which were published in newspapers around the world.