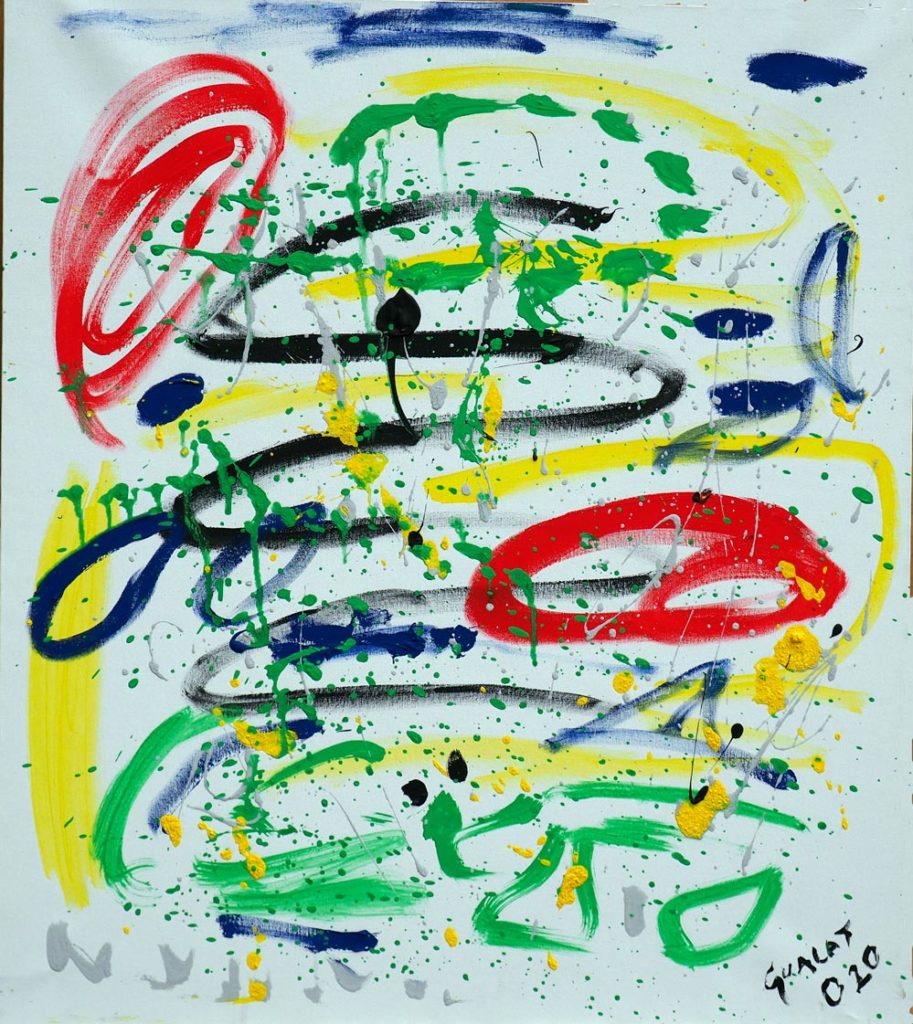 Maria Teresa Guala (Torino, Italy – 1947). Was born in Turin in 1947, her father was a painter and a advertiser (he got the contract of TO-Exposition), came from an important family of artists of Monferrato. She studied at the Albertina Academy of Fine Arts of Turin in the ‘60s with the lead of Prof. Scroppo. At the same time she studied languages and she has worked as translator. Because of some work and family reasons she has interrupted her activity for a long time. Resumed in 2000 with a solo exhibition at “Micrò Galery of Turin” and at the “Promotrice of Fine Arts” in Turin. 2001 She participated to several exhibitions in Europe and Russia receiving different awards. She collaborates with “MIT Museum of Turin” where she spent two months in Chicago (Zhou Center). In summer 2017 she participated to “Triennale of Rome”. She also has collaborated with some galleries in the United States winning a contest whit Artavita Santa Barbara to participate in the Art Basel. She was also contacted by VIDA, a fashion house at San Francisco as a designer. On November 18th, 2017 she inaugurates an individual exhibition at Palazzo Ducale Genova. Shibuya Station Exhibition 05-11 March 2019. Tokyo. Art in America Annual Guide will be delivered to all elite art museums and galleries, including the Metropolitan Museum, Guggenheim and MoMA.