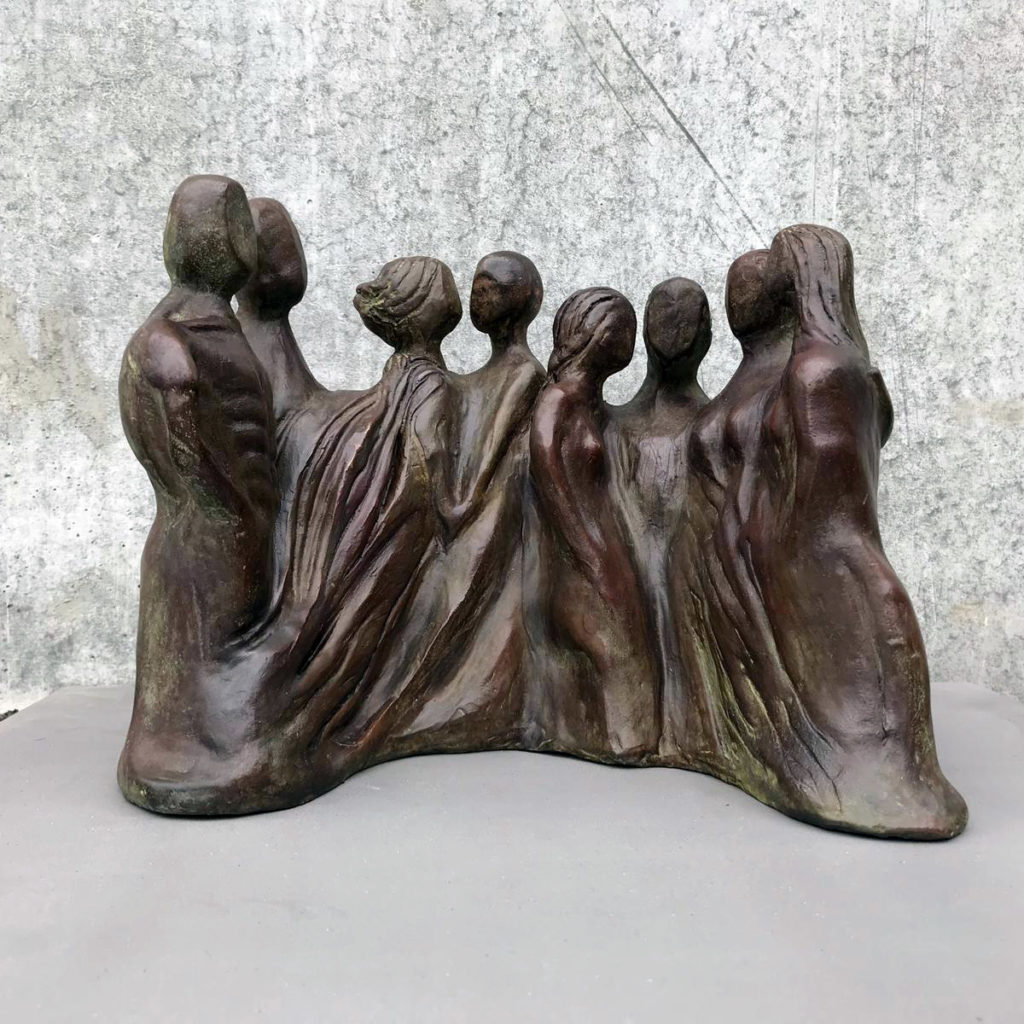 Sonja VishnudArt (Zug  – Switzerland). Since I was young, I was already working with different forms of Art. First the sculpting of faces and later complete statues. The figurative elements created depth, which inspired me for spatial sculpting.
As from 2015, I am a full time professional artist, active in four different studios, where I have contact with many creative peopleworking in different fields of Art. Both in Belgium (Knokke) and Switserland (Oberaegeri) I have my own atelier.
My next exhibitions are in Monaco and Montreux for the Art Contest Bianco Scuro. My concept – for the Memorial in Brussels, in honour to the victims of the terrorist attacks in Belgium, Germany and France – made it as a selected candidate to the final round. The Public Tender was organised by the FOD of the Prime Minister of Belgium. In The Netherlands (Breda), I participated to several expositions.